The following diagram illustrates the desired SDN-C cluster deployment (as described in  SDNC-163 - Getting issue details... STATUS ) from POD and SERVICE view, which will have: 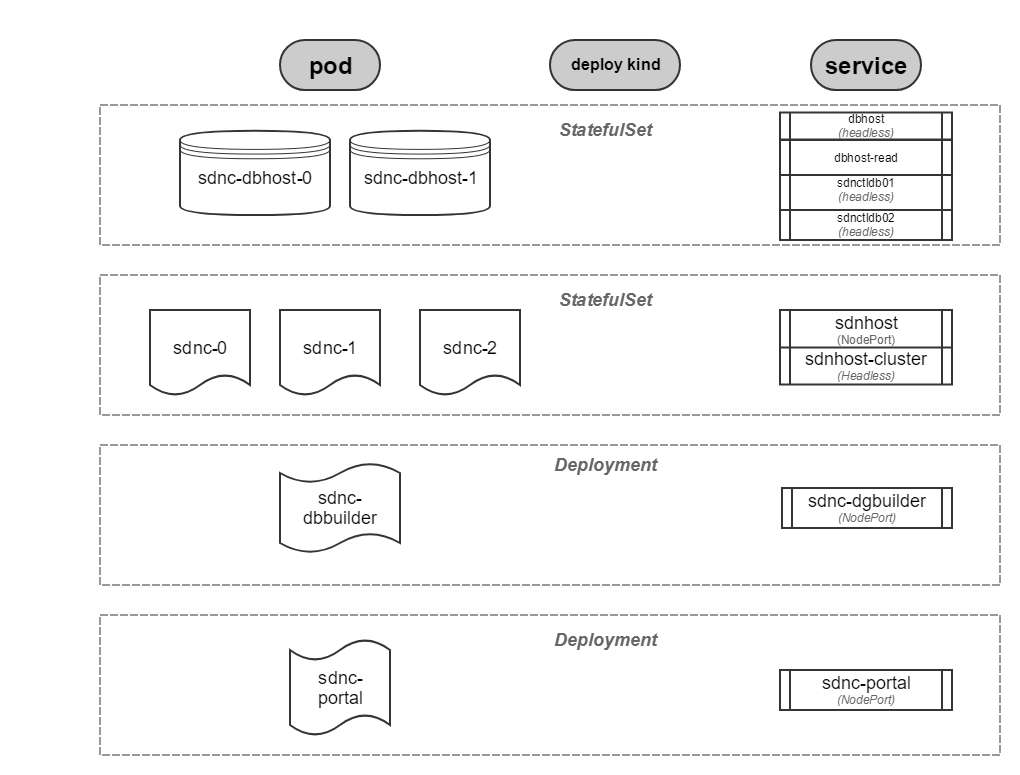 You can use Rancher or kubeadm to deploy your Kubernetes cluster: 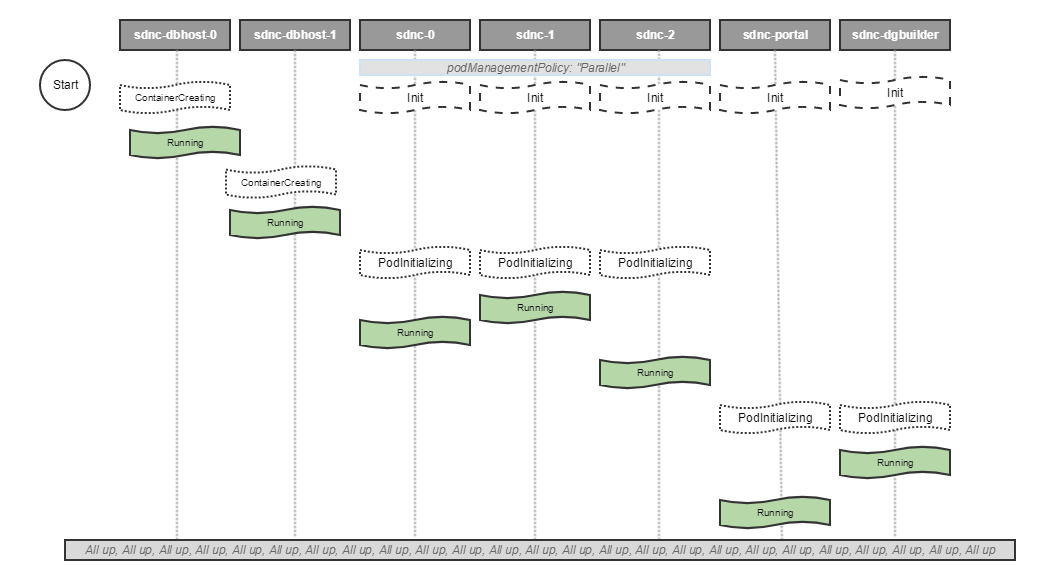 Troubleshoot SDN-C pods are not start up in order

Usually, this is caused by init-container malfuntion. You can troubleshoot it by the following steps:

Restart Dead Instance (start a new one in its place)

When a pod is dead, Kubernetes automatically starts a new one to replace the dead pod.

once the sdnc-0 pod is fully terminated, a new sdnc-0 pod will be initialized

Description of the pod

The source code is currently temporary shared through gerrit topic SDNC-163 until it is commited into gerrit.