The Jakarta release contains a number of enhancements primarily centered around 5G use cases and ORAN integration.

We are completing work begun in the Guilin release to create a springboot-based microservice which will offer the SLI-API (used by healthcheck) and GENERIC-RESOURCE-APIs.  We will regression test our GR-API flows against both the current, OpenDaylight based implementation and the springboot-based version to validate that backward compatibility has been maintained.

The following table lists the new functional requirements SDNC is committing to support for the Kohn Release:

The following epics represent the minimum viable product of the SDNC Kohn Release:

The following epics are also in scope for Jakarta, but are not considered of the minimum viable product.  In the event of unanticipated resource constraints, these could be reduced in scope or deferred without impacting any functionality deemed by the TSC as critical for Kohn

The following epics are committed for the SDNC Kohn Release:

The following epics are also in scope for Kohn, but are not considered of the minimum viable product.  In the event of unanticipated resource constraints, these could be reduced in scope or deferred without impacting any functionality deemed by the TSC as critical for Istanbul.

Please see the INFO.yaml files associated with each repo as the authoritative sources of information. https://gerrit.onap.org/r/admin/repos/q/filter:sdnc

SDN-C depends on the following projects:

The following diagram shows the high level architecture of SDNC: 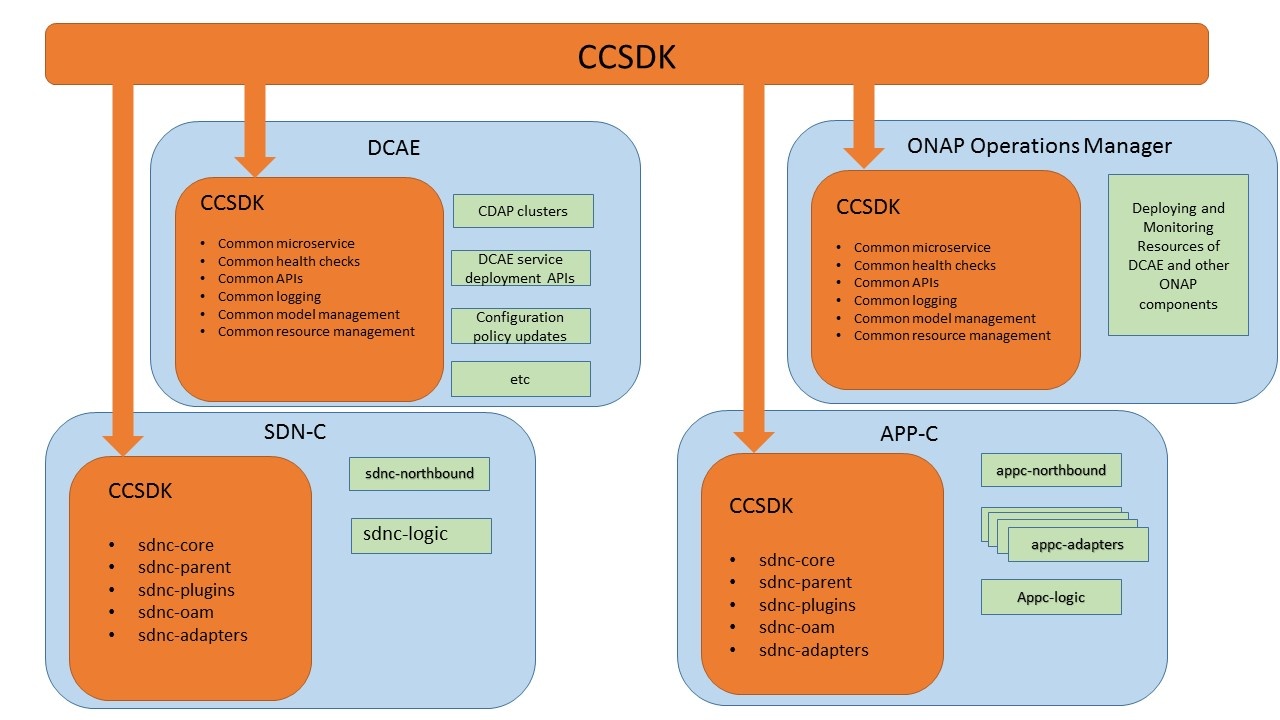 The major architectural components of the SDN-C controller are:

Please refer to the "Bugs" section above

Please see the INFO.yaml files associated with each repo as the authoritative sources of information. https://gerrit.onap.org/r/admin/repos/q/filter:sdnc

The milestones are defined at the Release Planning: Kohn  and all the supporting project agreed to comply with these dates.