CLAMP will be improved to enhance its resiliency and separate the UI duties (design time and runtime). The design time should be integrated into the SDC framework and the Runtime will stay in Portal.

Introduction of light dashboarding is also a goal for this release.

The minimum viable product that we aim to reach within R2 is to have the CLAMP application Amsterdam (R1) features at least running in the new UI separation model. CLAMP team plans also to increase maturity level to support single site High Availability.

The long term goal is to reach a common platform for managing control loops within ONAP :

CLAMP is a platform for designing and managing control loops.  It is used to design a closed loop, configure it with specific parameters for a particular network service, then deploying and undeploying it.  Once deployed, the user can also update the loop with new parameters during runtime, as well as suspending and restarting it.

It interacts with other systems to deploy and execute the closed loop.  For example, it pushes the control loop design to the SDC catalog, associating it with the VF resource.  It requests from DCAE the instantiation of microservices to manage the closed loop flow.  Further, it creates and updates multiple policies in the Policy Engine that define the closed loop flow.

The ONAP CLAMP platform abstracts the details of these systems under the concept of a control loop model.  The design of a control loop and its management is represented by a workflow in which all relevant system interactions take place.  This is essential for a self-service model of creating and managing control loops, where no low-level user interaction with other components is required.

At a higher level, CLAMP is about supporting and managing the broad operational life cycle of VNFs/VMs and ultimately ONAP components itself. It will offer the ability to configure, test, deploy and update control loop automation - both closed and open. Automating these functions would represent a significant saving on operational costs compared to traditional methods.

Another Key long term goal is to provide a better user experience by separating clearly the UI in 2 entities : one for the design time and one for the runtime.

A Dashboard is also going to be introduced to allow the user to get a quick overview of the status of running control loops.

There is no currently no sub-components in CLAMP, the R2 application embeds both the designer and runtime parts.

The other ONAP projects CLAMP depends on are: 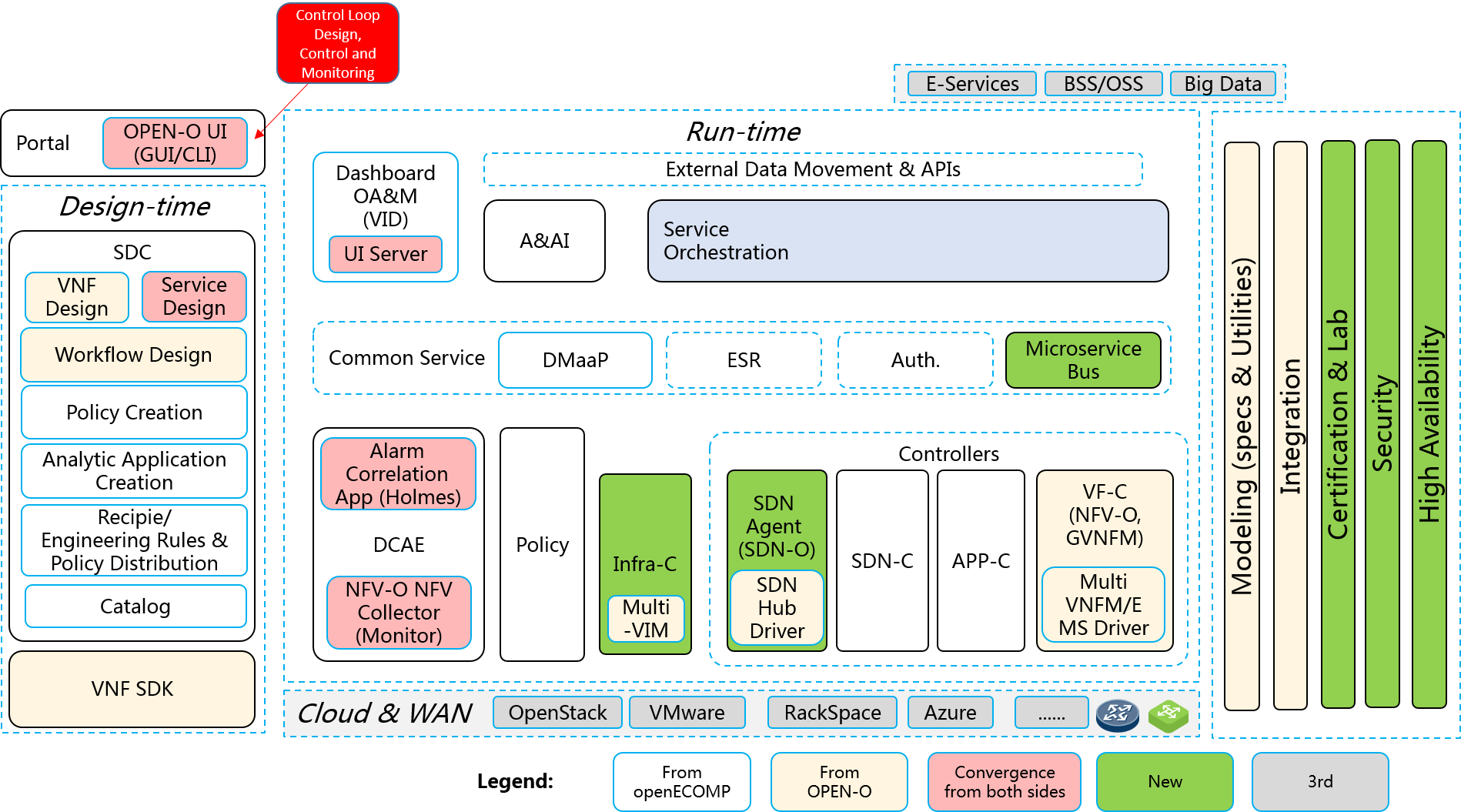 •CLAMP is separated in 2 areas, which are currently (in seed code) both supported by a single application:

List the API this release is expecting from other ONAP component(s) releases.
Prior to Release Planning review, Team Leads must agreed on the date by which the API will be fully defined. The API Delivery date must not be later than the release API Freeze date.

API this release of CLAMP is delivering to other ONAP Component(s) releases.

CLAMP will invest in CSIT tests to allow further integration testing, CLAMP already provided some tests as part of R1.

Link toward the Resources Committed to the Release centralized page.

This section may be used to document internal milestones that the team agreed on.

Also, in the case the team has made agreement with other team to deliver some artifacts on a certain date that are not in the release milestone, provide these agreements and dates in this section.

Each project must edit its table within the [[Free_and_Open_Source_Software#Project_Licenses| Master Project License Table]].

Fill out and provide a link toward the centralized Release Artifacts.