ONLY 1 JIRA issue per commit.

Think about this scenario: a developer performs a Commit for 1 new functionality and 4 bugs.

Then, here are the problems:

To submit code into Gerrit on an unfinished feature, multiple times to bring transparency and get early feedback , refer to "Submitting a Draft Feature"

The following is based on OPEN-O experiences and multiple references in the open source community.

There are tons of reasons on why it is essentials to write good commit messages. For the sake of keeping things short, here are 3 reasons:

Which Commits would you rather read? 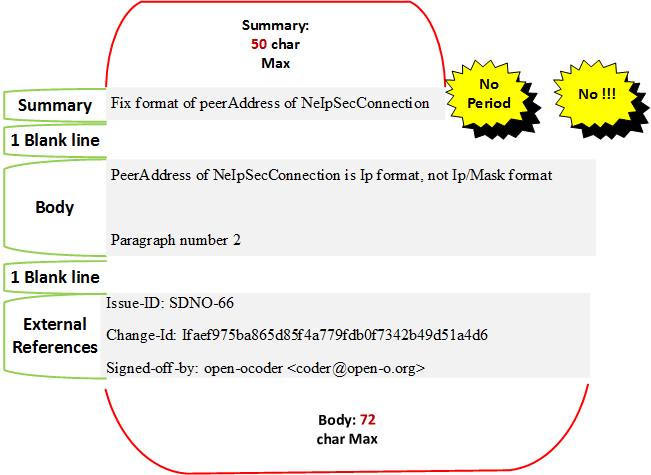 To formulate good commit message focus is these 3 points:

In case of wrong commit message

There is always a possibility to change to commit message before the code is merged.

You simply have to enter the command line: git commit --amend

This method is applicable only for the latest change.