OOM gating has been introduced for Dublin.

It consists of a deployment followed by a set of tests on patchsets submitted to OOM repository.

The CI part is managed on gitlab.com and the deployment is executed on ONAP Orange lab.

The goal is to provide a feedback - and ultimately to vote - on code change prior to merge to consolidate the Master branch.

The developer can evaluate the consequences of his/her patchset on a fresh installation.

The gating is triggered in 2 scenarios:

Please note that it is just an indicator, as it is based on the OOM Master branch, the errors reported in the results may be due to already existing code and may not be related to the patch itself.

It is trivial to guess when the patch has nothing to do with the errors, but in some cases some pods or helm charts may be failed prior to the patchset modifying code from the same component.

The goal is to converge towards a rolling release, it means that Master would be always valid but it may take some time and would require some evolution in the management of docker versioning.

The Gating process can be described as follows: 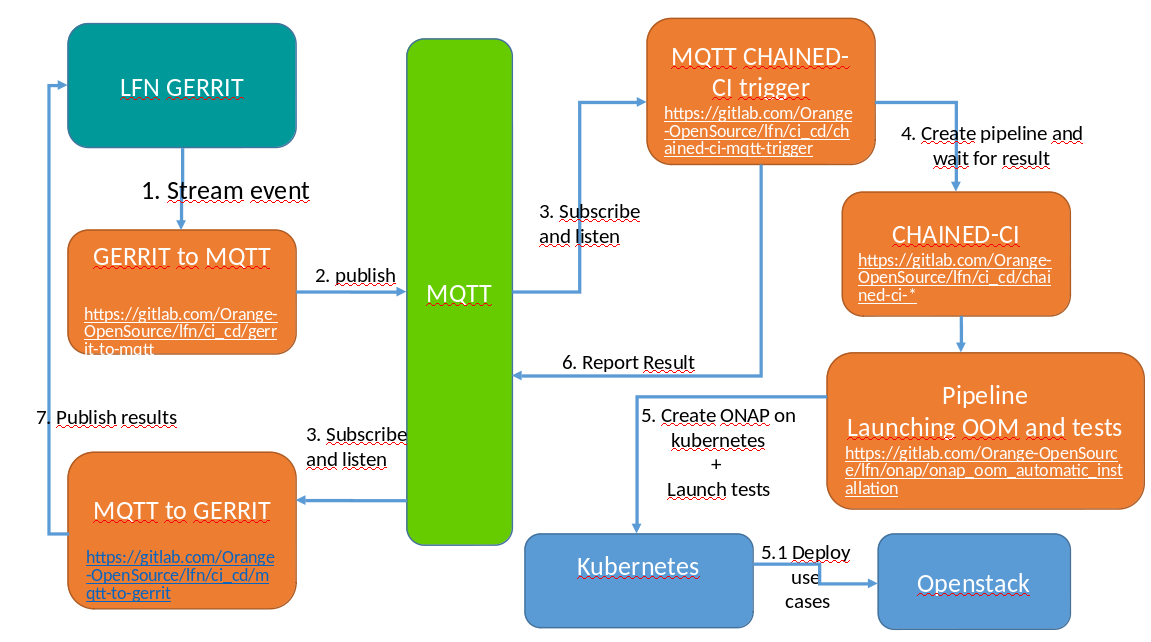 In order to simplify the integration and avoid depenencies towars manifest or branches that become quickly out of sync a 3 steps gating was introduced and can be described as follows:

On patchset submission, the gating chain is triggered. It can be seen in the gerrit History windows.

A fourth notification is done to display the results in the gerrit review.

Please note that if you submit another patchset, it will retrigger the deployment and testing sequence. At this moment there is no filter so even a doc change triggers the pipeline.

If you follow the links you will reach the xtesting-onap gitlab page (on gitlab.com).

This link is unique and corresponds to the gating pipeline relating a specific patchset. 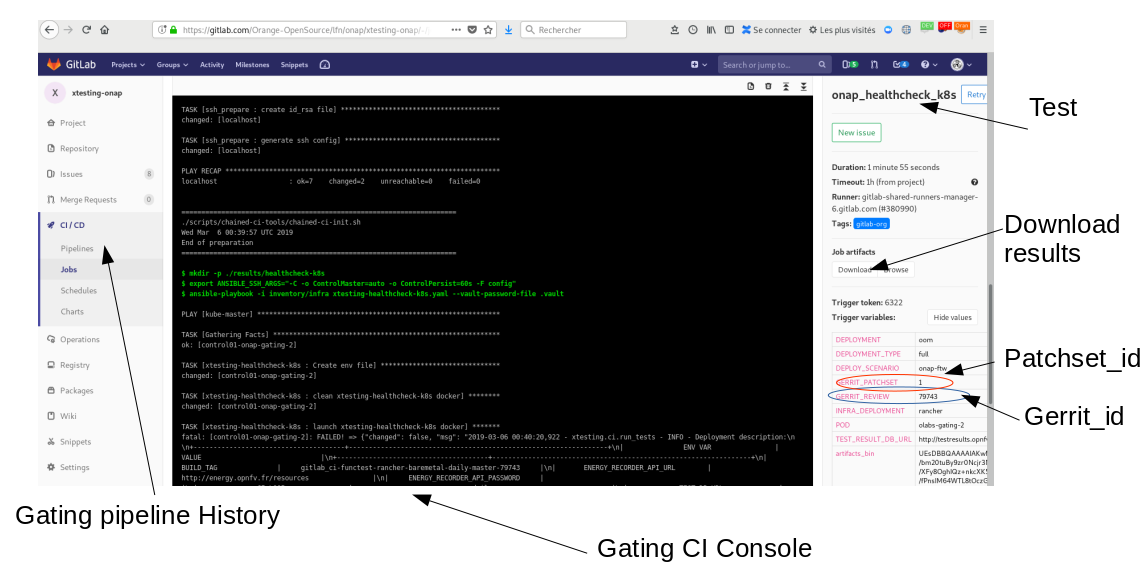 You can download the artifact that corresponds to this specific test.

If you're downloading all of the results, first you need to select the pipeline.

You should see the following menu