General objectives of the ONAP Common Versioning Strategy (CVS) for all APIs:

ONAP CVS Proposal Deck was presented to the Architecture Committee on 4/3/2018, and modified on 4/11/2018 to correct the flow diagrams and case of the custom header names.

Policies for All APIs

Versioning Scope and Use Cases

Definition of Layers (second column in the table below)

1 PATCH refers to the position in the version number, not the HTTP method of PATCH. This method should not be used as it is idempotent.

Backward Compatibility (BWC) Policy - TO BE REVISITED DURING OR POST-CASABLANCA

The vserver entity in v1 of ECOMP had no “prov-status” field.
The prov-status field was added in v1.1 as a non breaking change.

A REST PUT must include the entire representation of the object.
Therefore a v1 PUT does not include the prov-status but the v1.1 PUT must. 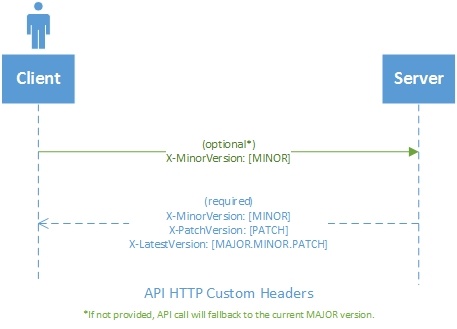 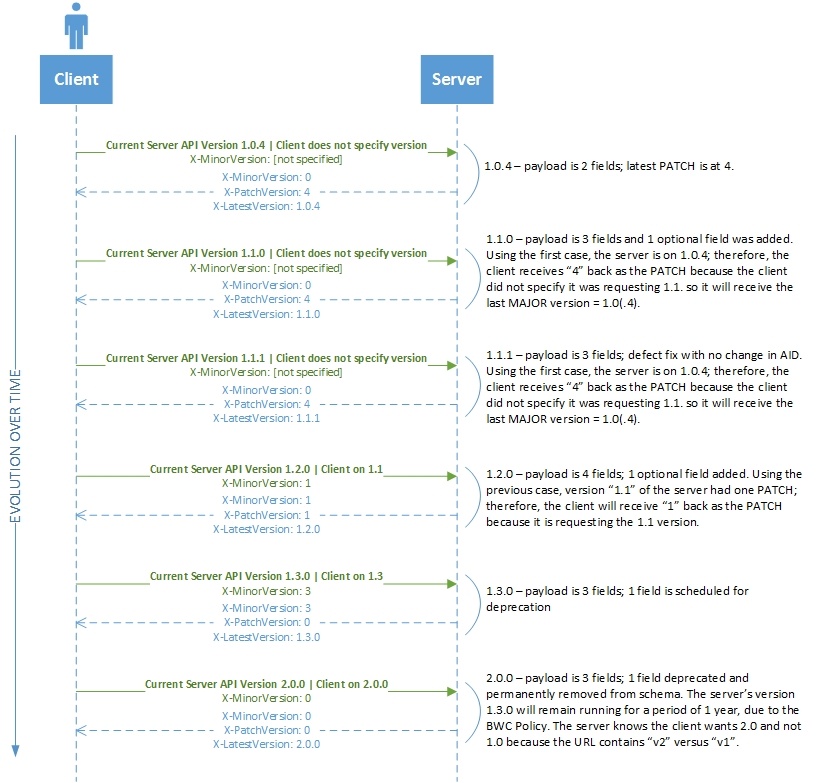 *Note: "v" should precede the MAJOR version number in the URL. Service or API name is not the resource; it is intended to group of set of related resources.

FOR RESTCONF APIs ONLY

In RESTCONF, APIs are organized by "modules", which for our purposes we can say are analogous to services.  There are 3 different types of APIs, each with its own standard URI format:

Requirements/Extensions of the Swagger 2.0 Specification