OOF-OSDF is envisioned to be a collection of design time optimization libraries along with reusable runtime tools and microservices to facilitate and simplify the creation of new specific runtime optimization functionalities. The goal of OSDF is to avoid siloed optimization tools and associated duplicated efforts and overheads. For instance, the Homing Service, HAS (which was provided in the Beijing release) will not only contribute its reusable components to the framework, but also leverages the framework in its own feature development. Other potential optimization services that can be built using this framework include energy optimization in networks, optimal route selection for various network services, and radio access network (RAN) performance optimization.

OOF-HAS, or the Homing Service is a distributed resource broker that enables automated policy-driven optimized placement of services on a global heterogeneous platform using ONAP. HAS is architected as an extensible homing service that can accommodate a growing set of homing objectives, policy constraints, data sources and placement algorithms. It is service-agnostic by design and can easily onboard new services with minimal effort. HAS is designed to be used as a building block for both initial deployment, as well as runtime redeployment due to failures or runtime-capacity increase (scale-out). While the immediate deliverable of HAS in Beijing Release is to provide optimized homing/placement of services during the service instantiation workflows in ONAP,  HAS naturally extends to a general policy-driven optimizing placement platform for all platform placement functions, including placements of VMs, containers (e.g., for DCAE micro-services), ONAP Control Loops or VNF specific resources. HAS will also eventually allow placements of additional resource types such as licenses, VNF resources, etc. 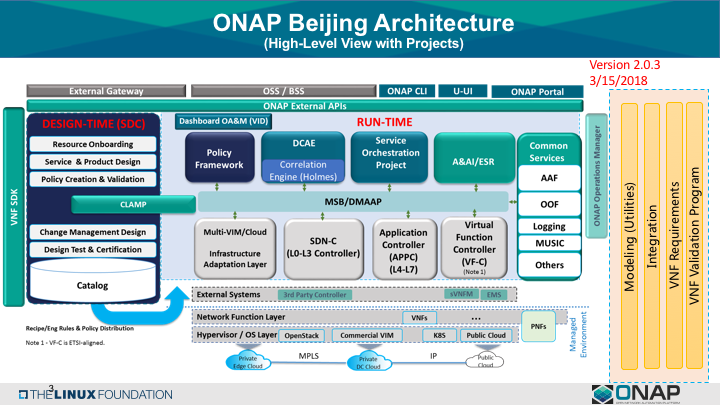 Sequence Diagram showing OOF interaction with other ONAP components during the Homing workflow: 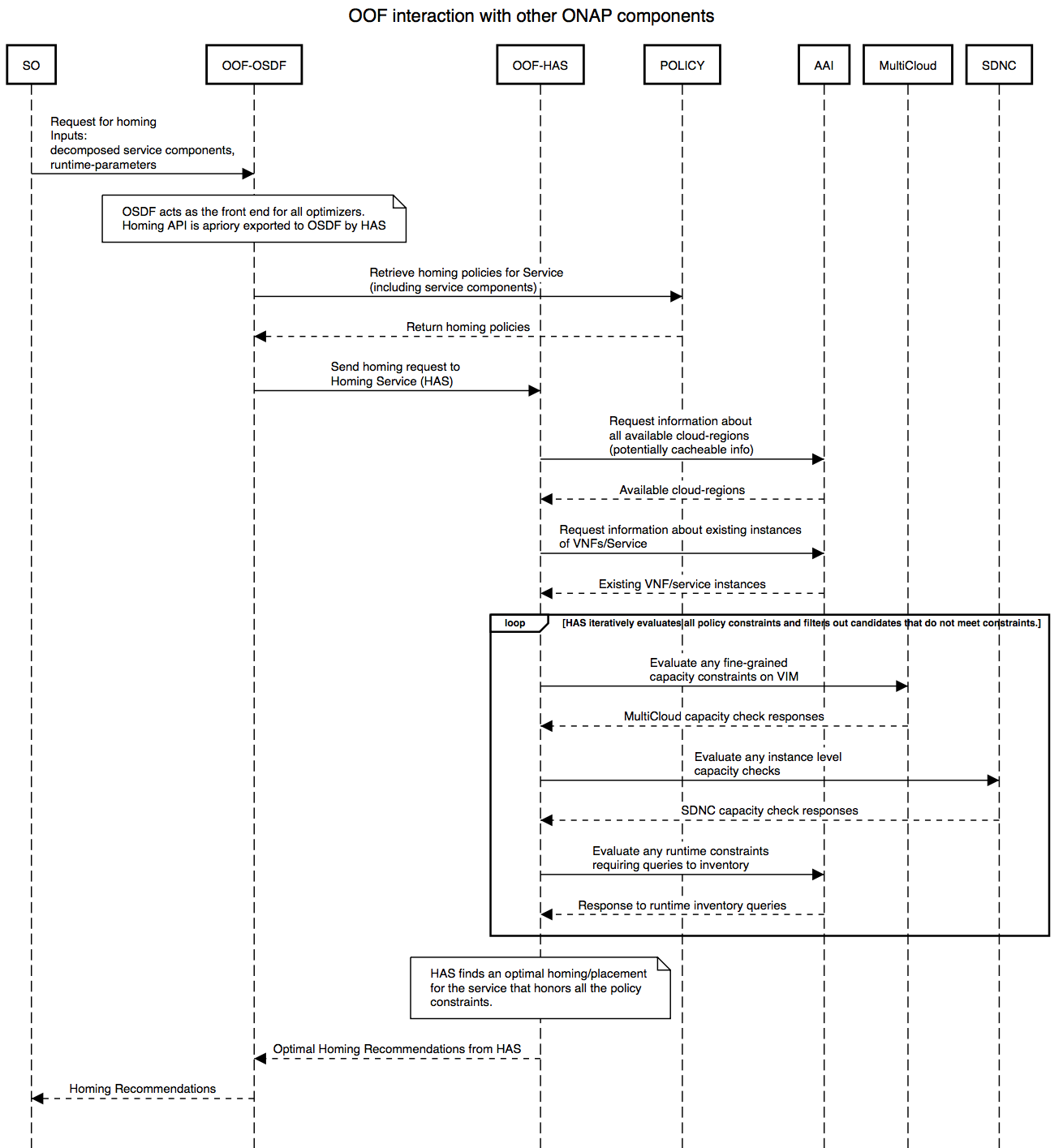 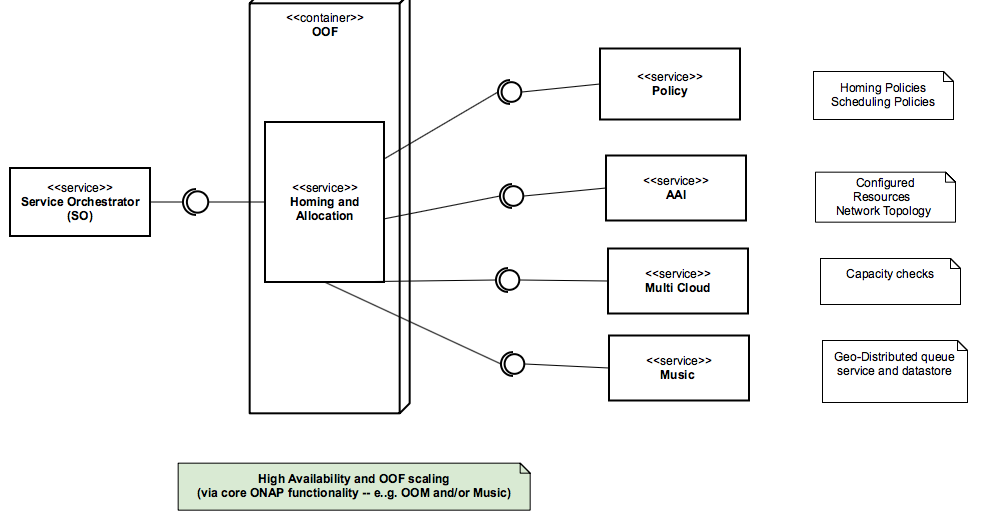 Third Party Products mean products that are mandatory to provide services for your components. Development of new functionality in third party product may or not be expected.

The following testing will be planned for OOF in this release: